Catnip ~ Nepeta Cataria
Researchers aren't sure what the neurological explanation is, but it's thought that catnip mimics feline "happy" pheromones and stimulates the receptors in the brain that respond to those pheromones. When eaten, however, catnip seems to have the opposite effect: the cat may become very mellow. 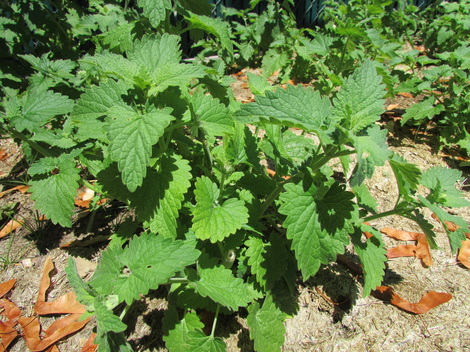 Catnip
Valerian ~ Valeriana Officinalis
Valerian works as a stimulant on some cats; good for transforming lazy, fat cats into exercise machines. Pair this with the fact that cats actually like eating the plant and you've got the perfect formula for a healthy, furry feline. I have also been informed that it works to calm some cats with anxiety as well.
Silver Vine ~ Actinidia Polygama
It is the most popular cat treat in Asia, particularly in Japan and China.
Silver Vine is actually a vine in the Kiwi family that seems to have a special attraction for cats.
Silver Vine is a completely non-toxic plant. It grows in the mountainous areas of Japan and China and is also known as Japanese Catnip or Matatabi.
It is known to give cats a euphoric response much like Catnip but only more intense.
Typical behaviors include rolling, chin and cheek rubbing, drooling, and licking. The effect usually lasts between five and 30 minutes, and cats will usually visit silver vine again after about 20–30 minutes.

Cats older then 6 months tend to appreciate the effects of Catnip, valerian and Silver Vine. So if your kitten doesn't like these kitty herbs now try and reintroduce them when they are a bit older. 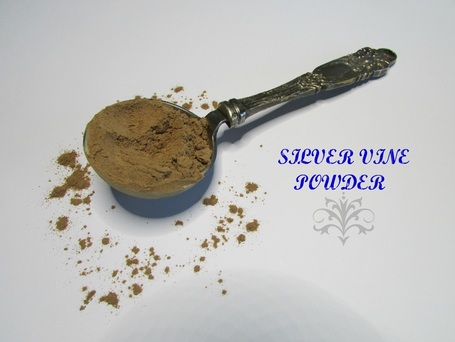 Silver Vine Powder
LEMONGRASS ~ Cymbopogon
Cats love the smell of lemongrass! Some cats love to eat lemongrass more then any other plant. Some cats who don't like catnip may like lemongrass. Lemon Grass does not have the same effects on cats that Valerian, Catnip, and Silver Vine does. We provide this option simply for the smell that cats seem to like about lemon grass.
Although LemonGrass is safe for cats to eat, the fresh herb should only be given to cats as a treat. So let them eat the grass then when they are done put the plant up for a couple of days (gives the plant a chance to recover as well).
LemonGrass essential oil should NEVER be given to cats as it can be highly toxic to them.
Powered by